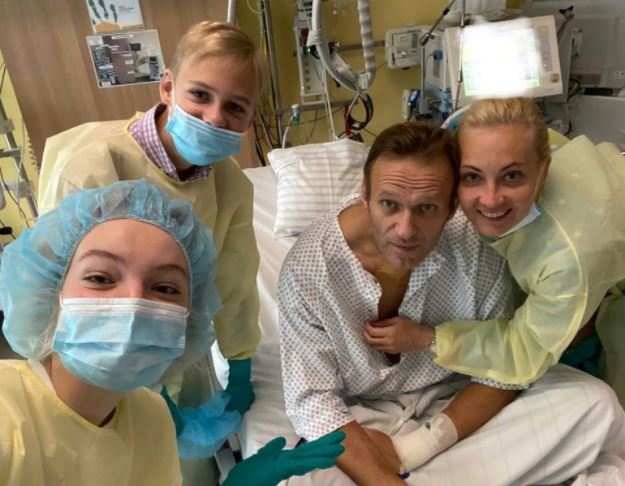 Russian opposition politician Alexei Navalny shared a photograph from a Berlin hospital on Tuesday, sitting up in bed and surrounded by his family, and said he could now breathe independently after being poisoned in Siberia last month. The New York Times quoted a German official as saying Navalny had spoken to a German prosecutor about the incident and said he planned to return to Russia as soon as he recovered.