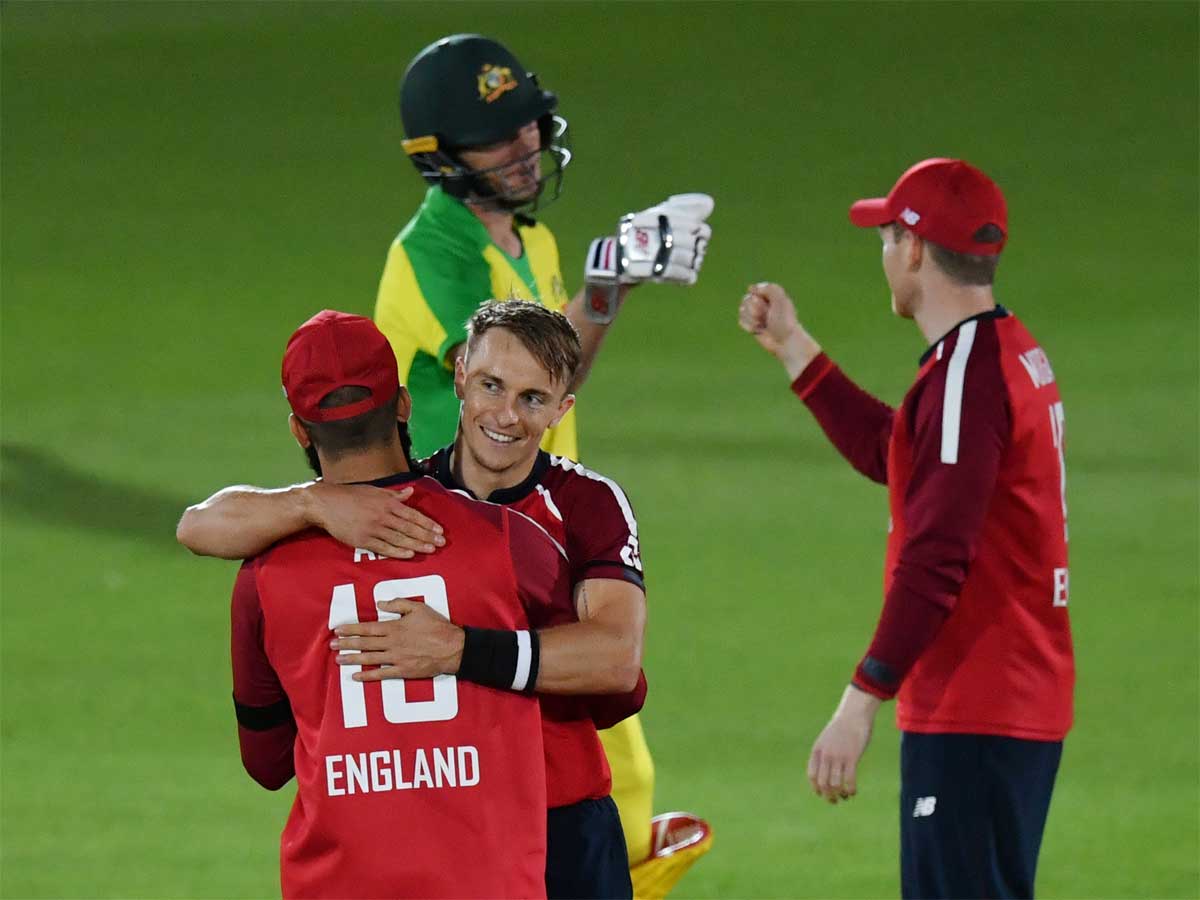 Tom Curran held his nerve as England beat Australia by two runs in a last-ball thriller to win the first Twenty20 international at Southampton on Friday and go 1-0 up in a three-match series. Australia, in their first competitive match in six months, were making light work of a target of 163 while captain Aaron Finch and David Warner were putting on 98 for the first wicket.